OAKLAND, Calif. and TORONTO, Feb. 23, 2022 /CNW/ - Harborside Inc. ("Harborside", or the "Company") (CSE: HBOR), (OTCQX: HBORF), a California-focused, vertically-integrated cannabis enterprise, is pleased to announce that, further to its news release dated September 27, 2021, it will undergo a mandatory conversion of all of its issued and outstanding multiple voting shares (the "MVS") to Subordinate voting shares (the "SVS") (the "Mandatory Conversion"). This announcement follows on the implementation of certain amendments to the articles of Harborside, removing certain restrictions relating to the conversion of MVS to SVS, approved at the Special Meeting of Shareholders held February 22, 2022 (the "Meeting"). 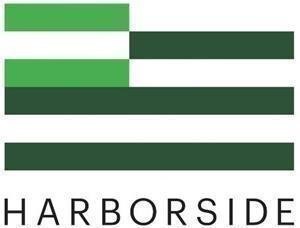 "This Mandatory Conversion reflects feedback from the Company's shareholders indicating that they want both increased liquidity and a simplified capital structure," said Matthew Hawkins, Chairman of the Board and Interim CEO of Harborside. "As we continue the process of transitioning from Harborside to StateHouse Holdings Inc. following the resolutions passed at the Meeting, we are confident that this new capital structure will help position the Company as increasingly attractive to the investment community."

Once the Mandatory Conversion is completed, the Company will no longer meet the definition of "foreign private issuer" under U.S. securities laws and the Company will be required to register under the Securities Exchange Act of 1934, as amended. The Company will eventually be subject to the U.S. Securities and Exchange Commission's ("SEC") reporting requirements applicable to U.S. domestic companies. The SEC's reporting requirements will require, among other things, Harborside's financial statements and financial data to be presented under U.S. GAAP.

For the latest news, activities, and media coverage, please visit the Harborside corporate website at  http://www.investharborside.com or connect with us on LinkedIn and Twitter.

About Harborside:
Harborside, a vertically integrated enterprise with cannabis licenses covering retail, distribution, cultivation, nursery and manufacturing, is one of the oldest and most respected cannabis companies in California. Founded in California in 2006, Harborside was awarded one of the first six medical cannabis licenses granted in the United States. Today, the company operates three major dispensaries in the San Francisco Bay Area, a dispensary in the Palm Springs area outfitted with Southern California's only cannabis drive-thru window, a dispensary in Oregon, a manufacturing facility in Oakland, California, distribution facilities in San Jose and Los Angeles, California and an integrated cultivation/production facility in Salinas, California. Harborside is a publicly listed company, trading on the CSE under the ticker symbol "HBOR" and the OTCQX under the ticker symbol "HBORF", and the Company continues to play an instrumental role in making cannabis safe and accessible to a broad and diverse community of California and Oregon consumers. Additional information regarding Harborside is available under Harborside's SEDAR profile at www.sedar.com.

While the approach to enforcement of such laws by the federal government in the United States has trended toward non-enforcement against individuals and businesses that comply with recreational and medicinal cannabis programs in states where such programs are legal, strict compliance with state laws with respect to cannabis will neither absolve the Company of liability under United States federal law, nor will it provide a defense to any federal proceeding which may be brought against the Company. The enforcement of federal laws in the United States is a significant risk to the business of the Company and any proceedings brought against the Company thereunder may adversely affect the Company's operations and financial performance.