OAKLAND, Calif., Sept. 27, 2021 /CNW/ - Harborside Inc. ("Harborside" or the "Company") (CSE: HBOR), (OTCQX: HBORF) a California-focused, vertically integrated cannabis enterprise, today announced that it has engaged Bay Street Communications ("BSC") to provide investor relations services to the Company, all in accordance with the terms of an investor relations services agreement entered into with BSC on September 26, 2021 (the "IR Agreement"). 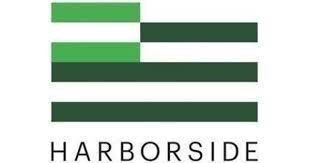 BSC is an independent investor relations and corporate communications consulting firm with the experience, market insights, communications skills and network of relationships to help build Harborside's capital markets profile. BSC's mandate is to support Harborside in attaining a market valuation that fully and fairly reflects the Company's fundamentals and growth potential, thereby minimizing the Company's cost of capital.

The engagement of BSC remains subject to customary regulatory approvals, including the approval of the Canadian Securities Exchange (the "CSE"). The term of the engagement of BSC will be ongoing on a month-to-month basis, and may be terminated by either party after six months, with 30 days' written notice. Under the terms of the IR Agreement, Harborside will pay BSC a monthly fee of $10,000 for the ongoing strategic investor relations services. At the time the IR Agreement was entered into, neither BSC nor its principals had any direct or indirect interest in the shares of Harborside.

For the latest news, activities, and media coverage, please visit the Harborside corporate website at http://www.investharborside.com or connect with us on LinkedIn, and Twitter.

Harborside Inc. is one of the oldest and most respected cannabis retailers in California, operating three of the major dispensaries in the San Francisco Bay Area, a dispensary in the Palm Springs area outfitted with Southern California's only cannabis drive-thru window, a dispensary in Oregon and a cultivation/production facility in Salinas, California. Harborside has played an instrumental role in making cannabis safe and accessible to a broad and diverse community of California consumers since 2006, when it was awarded one of the first six medical cannabis licenses granted in the United States.  Today, the Company holds cannabis licenses for retail, distribution, cultivation, nursery, and manufacturing. Harborside is a publicly listed company on the CSE trading under the ticker symbol "HBOR" and on the OTCQX Best Market under the ticker symbol "HBORF". Additional information regarding Harborside is available under Harborside's SEDAR profile at www.sedar.com.

While the approach to enforcement of such laws by the federal government in the United States has trended toward non-enforcement against individuals and businesses that comply with recreational and medicinal cannabis programs in states where such programs are legal, strict compliance with state laws with respect to cannabis will neither absolve the Company of liability under US federal law, nor will it provide a defense to any federal proceeding which may be brought against the Company. The enforcement of federal laws in the United States is a significant risk to the business of the Company and any proceedings brought against the Company thereunder may adversely affect the Company's operations and financial performance.