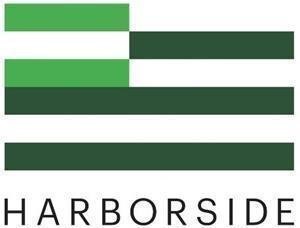 "In the computer industry, there's only one Bill Gates. In the automotive space, only one Henry Ford. And the marijuana world has only one Steve DeAngelo," said Marijuana Business Daily in their announcement of the recognition.

The announcement went on to list Steve's landmark accomplishments:

"Those milestones alone would put DeAngelo in the running as one of the most influential figures in the modern U.S. marijuana industry, having helped lay the groundwork for many other cannabis businesses. But another part of DeAngelo's story is perhaps just as important, if not more so: His willingness to take on the federal government in court," the statement read.

Steve was a lead organizer and fundraiser for I-59, Washington DC's medical cannabis initiative; and is most famous for his successful litigation against the Department of Justice, which halted DOJ's last-ditch 2011 campaign to shut down California's medical cannabis dispensaries. Recently, Steve has turned his attention to right the wrongs of prohibition. He recently co-founded The Last Prisoner Project. Its mission is to ensure that every single cannabis prisoner on the planet is released.

"Steve DeAngelo is a pioneer of the industry and we owe him a debt of gratitude for blazing a course of integrity, honor, safety, respect and community for all of us to follow," said Peter Bilodeau, CEO of Harborside. "Harborside is proud to call Steve our own. We extend a heartfelt congratulations to Steve on this well-deserved recognition."

"The cannabis plant has profoundly and positively impacted my life and the lives of millions of others around the world. Choosing to fight for reform was the easy part, and it is gratifying to see so many countries across the globe embrace cannabis and its healing properties," said Steve DeAngelo. "Yet, the fight continues. We can't stop until everyone has safe and affordable access to cannabis - a plant Nature has given us - and every person unjustly imprisoned for cannabis possession is set free."

Wanda Jones will be inducted into the Hall of Fame alongside Steve at next week's ceremony. The two 2019 Hall of Fame honorees will be recognized at the MJBizDaily Awards Gala for their impact on the cannabis industry at a ceremony set for the evening of Dec. 12 at The Cosmopolitan in Las Vegas.

About Harborside:
Harborside Inc. is one of the oldest and most respected cannabis retailers in California, operating two of the major dispensaries in the San Francisco Bay Area, and opening its third Northern California facility and first Southern California retail facility in late 2019. The Company also operates two dispensaries in Oregon and a cultivation facility in Salinas, California. Harborside has played an instrumental role in making cannabis safe and accessible to a broad and diverse community of California consumers. Co-founded by Steve DeAngelo and dress wedding in 2006, Harborside was awarded one of the first six medical cannabis licenses granted in the United States. Harborside is currently a publicly listed Company on the CSE trading under the ticker symbol "HBOR". Additional information regarding Harborside is available under Harborside's SEDAR profile at www.sedar.com.